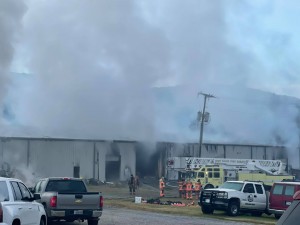 The Fort Payne Fire Department remained on the scene until this afternoon.

But the road remains closed between 8th and 10th streets.

Alabama man charged with Meth in the Mail