Prosecutors say the child ran away from an abusive adoptive mother

ASHELAND CITY, Tennessee (WDEF) – An AMBER Alert from last year has lead to a pair of arrests today.

A couple of days later, they found him in a shelter he built in a creek bed with a discarded tarp.

But the happy ending didn’t turn out to be so happy.

Investigators now say he fled to home to avoid an abusive mother.

On Wednesday, a grand jury indicted the mother on six counts of Aggravated Child Abuse/Neglect/Endangerment.

The son got one count.

They both were arrested today and booked in jail. 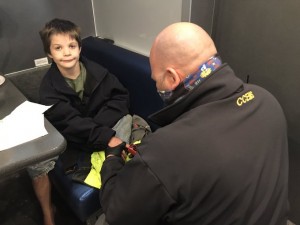