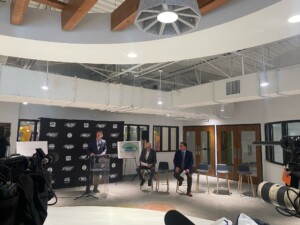 The new facility will be located in the Spring Branch Industrial Park, officials said.

They say construction will begin this year and is expected to be completed by 2025.

Officials say the facility will be over 500,000 square feet.

The facility will use “state-of-the-art automated technology” for sandwich assembly and food handling, according to a press release.

“Companies choose to invest in Tennessee because of our unmatched business climate and exceptional workforce. I thank SK Food Group for its commitment to create 840 new high-quality jobs and greater opportunity for Tennesseans across Bradley County,” Governor Bill Lee said.

The company defines itself as an Arizona-based custom foods manufacturer.