If you have any information please contact Chattanooga Police

Beth Wiley Gordon’s body was found in the woods in Tiftonia this past May. Not much is known about how Beth died, but her mother is in Chattanooga hoping someone will come forward with information about what happened to her daughter. 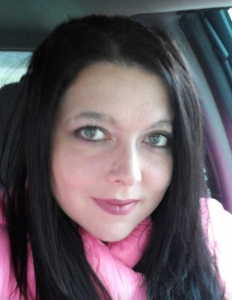 In March of this year Vicki Wiley lost touch with her daughter, Beth. After days of trying to reach her, she filed a missing person’s report.

A few months later she received a call from Chattanooga police investigators asking about dental records for her daughter, Beth.

Vicki Wiley says “She was considered homeless but always had a place. She always knew she could call me. More than once I sent help for her. Her lifestyle isn’t what I’d hoped it would be but we loved her. What happened to her, she didn’t deserve.”

Beth was known by others for carrying her white rabbit around with her.Chattanooga police, and Beth’s mother, are asking for anyone who might remember Beth or may have noticed something, to come forward with information.

“People seemed to really care about her and just recognized her sense of humor. She was definitely known for carrying that white bunny with her and it would definitely be memorable to a lot of people. It’s definitely not cut and dry. It requires speaking to the right people who have the right information. It requires a deep dive into electronic information and piecing a lot of things together,” says Chattanooga Police Homicide Investigator Stephen Bulkey.

Though Vicki has received the death certificate for her daughter, the cause of death has yet to be determined.

“She hated the woods. She hated moths. If anything flew at her she wouldn’t be around it and that’s the reason her kids or anyone that knew her well says she didn’t put herself there – someone put her there. I just don’t know what happened to her or what led up to that,” says Wiley.

Chattanooga police say the investigation is ongoing. If you think you might know anything about what happened the night Beth died, a $2,000 reward is being offered for information.