Are there more victims of a suspected child rapist?

CHATTANOOGA (WDEF) – Local law enforcement believe there could be more victims of a suspect arrested in December on charges of kidnapping and child rape.

Both Chattanooga and Hamilton County investigators have been talking to agencies in at least nine other states.

“Mr. Meyung was running a business known as “Live Your Dreams MX,” said Hamilton County District Attorney General Neal Pinkston, “which involved him traveling around the United States and other countries building motocross tracks. His work also involved teaching and mentoring children on how to motocross. This business was based in Indiana.”

A police report says the three victims in our area were young males, one aged 12.

The report says Meyung had befriended the parents or guardians of the boys and stayed over at their homes.

He was staying at the Chattanooga Motorcross Park at the time of the incidents.

After his arrest in our area, investigators from other states began contacting local authorities about other potential cases in their areas.

Investigations are beginning in those states.

“If you have any information related to Meyung’s arrest, or if you suspect that your child might be one of his victims, you are encouraged to call the HSI Tipline at 866-347-2423, or you can contact them online at https://www.ice.gov/tipline.” 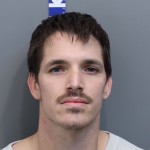 Meyoung also has twin brother, Bryan, who has been charged with