Firefighters were on the way to the benefit for Cagle VFD Chief Robert Rude and, instead, doused car fire 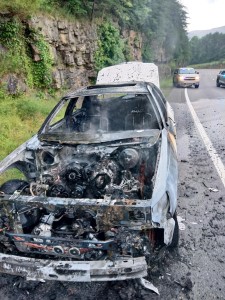 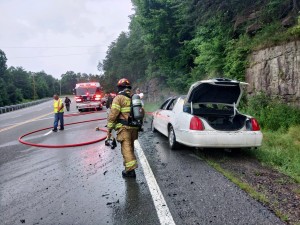 After arriving at the benefit, Cagle’s volunteer fire department got a call about the car on fire at the top of Cagle Mountain Highway 111.

Several other companies at the event responded as well, like Southend & Cagle’s fire department and the Sequatchie EMA.

The car was a total loss, but there were no reports of injury.

Once firefighters were done putting out the fire, they all returned to the benefit.

Back to School: The Public Education Foundation places future teachers in disadvantaged schools

Dade Sheriff: Did you drop these bags of meth last night?