TRENTON, Georgia (WDEF) – 33 years later, investigators have finally identified a young woman whose body was dumped along the interstate in Dade County.

Now they can renew their search for her killer.

After years of creating pictures and clay models of what she would look like now, investigators were finally able to create a geneology DNA profile of the victim.

They identified her as Ms Chahorski about a week and a half ago.

Agents were able to inform her mother of the find and return some jewelry to her.

The last time anyone heard from Stacey, she was talking to her mother on the phone in 1989.

She had been in North Carolina and heading back to Michigan.

Police at the time reported she was travelling between Knoxville and Chicago when she disappeared in September.

Investigators say not knowing who the victim was kept them from finding the killer.

But now they like their chances of finding a suspect.

Chahorski was buried in Dade County in 1989 as a Jane Doe.

Her remains will now be returned to her family in Michigan. 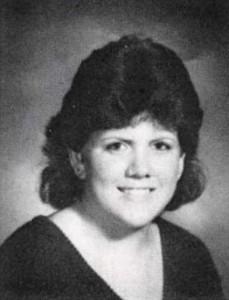 Suspect who escaped in squad car has now been arrested