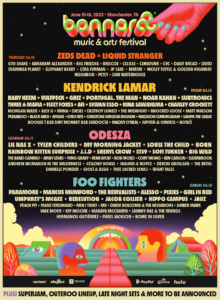 MANCHESTER, Tenn. (WDEF) — Bonnaroo announced their lineup for the 2023 festival on Tuesday morning. Headliners include Kendrick Lamar and Foo Fighters, amongst others.

The festival will take place June 15-18 this year in Manchester, Tennessee.

The Bonnaroo festival is just a little over an hour drive from Chattanooga, Tennessee.

Bonnaroo describes their festival as a “magical weekend of music, fun, and friendship” located on their 700-acre farm. They say music is nonstop during the event.

To find out more, visit bonnaroo.com.

Support Angela and Boys and Girls Club at Dancing with the Stars!