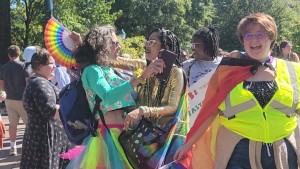 Concluding what has been an eventful Pride Week for the 2022 Chattanooga Pride Board was a swamping turnout for their annual Pride Parade and Festival. Several LGBTQ plus community members and allies were more than willing to speak out about the controversial video showing of a local child participating in a ‘family friendly drag show’ at Wanderlinger Brewing Company last week.

Rodney Parker was in attendance at today’s festivities and described the controversy as quote, disheartening.

“What’s been going on this week, it’s been, it’s been very sad for me to hear and see some of the 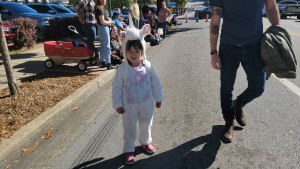 Allan Kincaid was also in attendance. He spoke out on importance of children attending Pride events.

“If you don’t like, expand the tracks and have people of all ages of all cultures to experience what there is out there to experience you’re losing so much in life,” said Kincaid. “So, there’s so much 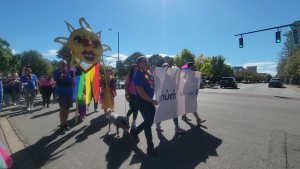 that’s lost on that side, when you don’t open yourself up to what’s out there. Because when you cut yourself off by, you know, hate or bigotry or whatever, you’ve not only hurt yourself, the world, you’re also hurting the children. That’s what the world is about. It’s about the children, and it’s about showing them love is for everybody.”

This is an annual tradition for the LGBTQ plus community. Each year Pride Week kicks off the first Saturday of October and concludes with the Pride Parade and Festival.