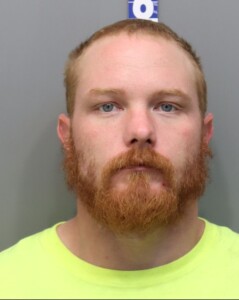 CHICKAMAUGA, Ga. (WDEF) — An investigation is underway after a man sent officers on a high-speed chase on Sunday in Walker County, Georgia. Officers attempted a traffic stop when Tylor Laverne Day fled the scene.

This resulted in officers pursuing Day, who reached speeds of 70 mph.

City police officers were in pursuit of Tylor Laverne Day, 30, when they requested GSP assistance.

A GSP trooper joined in the pursuit, but lost control of his vehicle on the wet roads. The trooper crashed into a concrete culvert and a utility pole on Mission Ridge Road. The GSP says there were no injuries in this crash.

The Chickamauga Police Department says Day has multiple warrants in both Walker County and Hamilton County.

Day now has warrants for fleeing and eluding, and reckless driving, according to police.

The investigation is ongoing.