The Hot Slaw festival honors the tradition of slaw with a peppy kick.

The festival will test both the stomachs and kitchens of local residents.

They will have a Hot Slaw dog eating contest to see how much fans can stomach.

And then local cooks will prepare their recipes in the Hot Slaw-Off.

But if you are not familiar with the joys of Hot Slaw, Chip has this primer on the dish from Pat King, who ran King’s BBQ in Charleston for 18 years.

Thanks to the folks at Visit Cleveland TN for doing the interview.

Visit the Hot Slaw Festival Saturday in Downtown Cleveland from noon til 9. 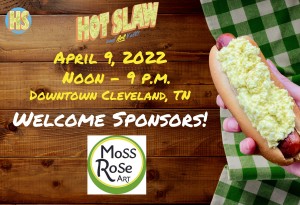