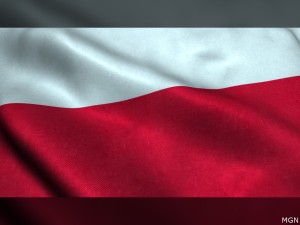 WARSAW, Poland (AP) – Authorities say methane explosions at a coal mine in southern Poland on Wednesday killed four miners, injured 19 and left seven others missing. The blasts took place shortly after midnight on Wednesday at the Pniowek mine in Pawlowice that is operated by the JSW mining company. The immediate rescue operation had to be suspended because of a fire. Doctors say the condition of some of the injured is life-threatening.