Dalton decides to tear down parking deck next to park 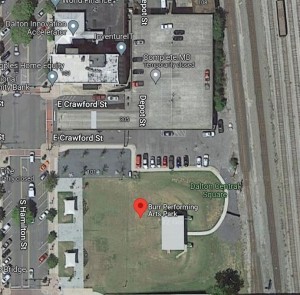 parking deck next to Burr park

DALTON, Georgia (WDEF) – Dalton officials have decided to tear down a parking deck on Hamilton Street in the downtown area.

An inspection last by the Public Works Department found that a beam in the deck was deteriorating.

They immediately closed it in June.

Consultants told them that they either needed to repair it or tear it down.

“The repair scenario based on pricing is pretty substantial, in the $600,000-800,000 range,” said Chad Townsend, Dalton’s Public Works director. “These are ballpark quotes, because nobody could give us an official repair price, but I’d say that the repairs would be three quarters of a million dollars on what’s basically a million dollar parking deck essentially so it doesn’t make sense to put that kind of money into a repair.”

So the decision was to tear down the deck and keep the bottom level for public parking.

Demolition should take most of August to complete.

Then the city will consider plans for a new parking garage at the location.

“We want to get it on the ground as soon as possible just to eliminate any safety issues as well as getting the bottom portion of the parking back open for the businesses downtown,” said Townsend. “We’re still receiving reconstruction estimates for what a new deck might cost, but we’re also exploring the possibilities of expanding on what was there depending on what the pricing looks like.”