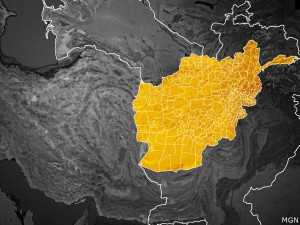 KABUL, Afghanstan (AP) – An Afghan police spokesman says explosions targeting educational institutions in Kabul have killed at least six civilians and injured 11 others. Khalid Zadran said Tuesday the blasts occurred in the mostly-Shiite Muslim area in the west of Afghanistan’s capital. Zadran said the explosions occurred in rapid succession near Abdul Rahim Shaheed High School and inside the Mumtaz Educational Center, where exams are taken. No one has immediately claimed responsibility. The area has been targeted in the past by Afghanistan’s deadly Islamic State affiliate, which reviles Shiite Muslims as heretics.