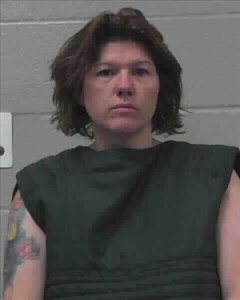 from the Gilmer County Sheriff’s Office

GILMER COUNTY, Ga. (WDEF) — A two-month long investigation ended with an arrest and the seizure of an estimated $24,000 worth of methamphetamine, according to the Gilmer County Sheriff’s Office (GCSO).

Ashley Jane Turner, 42, of Ellijay was arrested by the GCSO. Law enforcement officials say Turner was distributing the narcotics into multiple Georgia counties as well as the state of Tennessee.

The GCSO says Turner was distributing the drugs to individuals in Gilmer, Pickens, Cherokee, Dawson and Murray counties.

Officers say they seized more than four kilograms of methamphetamine. 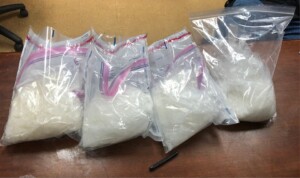 from the Gilmer County Sheriff’s Office

Sheriff Stacy Nicholson of the GCSO made this statement: “My Deputies and drug agents made a dent in the methamphetamine availability in Gilmer County with this investigation. It’s not absolute nor is it a permanent dent, but it certainly sends this message to drug dealers in North Georgia… ‘We are here, and we are coming soon to a drug bust near you!’ This was a great collaborative effort by several agencies, and I thank them all for their assistance.”

The GCSO and the Appalachian Regional Drug Enforcement Office started the investigation in November.