Man was safely taken into custody. 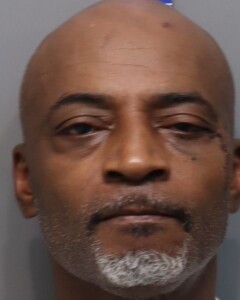 HAMILTON COUNTY, Tenn. (WDEF) – A man was arrested in Hixson early Sunday morning after officials say he violated a protective order and threatened the life of police officers. Officers say the man barricaded himself in a home and claimed to have a weapon.

He was charged with resisting arrest, violation of an order of protection, and retaliation against an officer, authorities say.

The sheriff’s office says no one was injured and the man was safely taken into custody.

The incident occurred at 7855 Huntington Forest Drive, according to the Hamilton County Sheriff’s Office.

Charles Brown, 55, had many previous warrants against him, including rape, continued sexual abuse of a child, burglary, and more.

Deputies arrived at the residence after receiving a call that there was a disorder. They say he was arguing with a female, who had a protective order against him.

While locked inside the residence, Brown threatened the officers, stating that he had a rifle, according to the Hamilton County Sheriff’s Office (HCSO). Deputies created a perimeter around the property and requested assistance from HCSO SWAT personnel.

HCSO SWAT safely took Brown into custody and transported him to a local medical facility. While at the hospital, Brown threatened the life of a deputy, authorities say.

Brown was medically cleared and arrested.

HCSO says that Brown has been arrested dozens of times in Hamilton County. Prior to this arrest, he had warrants for the following.