Sheriff says he was out on bond for another theft, and left his jail release form at a new crime scene 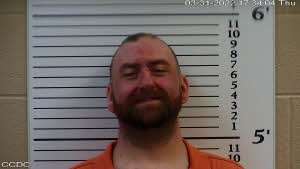 They say Jack Earnest Smith from Baldwin, Georgia was being transferred from one health care facility to another on in the Murphy area in January.

During the transfer investigators say he stole personal items including financial cards from a health care worker.

He was charged with that last week and released on bond.

Then on Wednesday night, there was a rash of break-ins to vehicles and buildings in the area.

A resident says he saw Smith running from his home after a break-in.

And then a deputy found the jail release form for Smith from a few days before at the scene of another break-in.

So he has been arrested again.

Chief Deputy Joe Wood stated “I want to commend the work of the Patrol and Investigations Division. The team work helped bring this situation to a close quickly. We continue to investigate several more break-ins in connection with Smith’s crime spree. As always we  appreciate our community’s support and if anyone has information please contact Detective Teasdale or Detective Fry at 828-837-2589.”