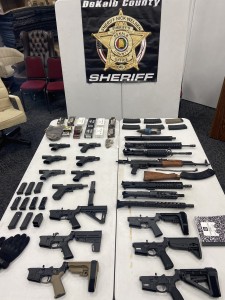 FORT PAYNE, Alabama (WDEF) – The sheriff in DeKalb County, Alabama says a traffic stop on I 59 on Monday ended with the arrest of two suspects for gun smuggling.

A county interdiction agent stopped the vehicle on the interstate between Collinsville and Fort Payne around 11 AM. 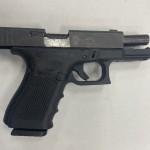 The sheriff says that the officer found a concealed handgun without a permit on the two men from Texas.

A search of the vehicle revealed much more… dozens of weapons without serial numbers.

Sheriff Welden says criminals often ground off the numbers to keep hide that they have been stolen.

They believe the guns were headed to a black market to be sold illegally.

The suspects from Richmond, Texas face multiple counts of altering the serial number of a firearm plus the concealed weapon without a permit.

Local authorities are referring their case to federal agencies.

“This is a great arrest by our criminal interdiction team! These firearms were likely stolen and were on their way to an inner-city area to be sold to criminals.”

“These guns could have been used in future crimes, or could have potentially killed someone. This is exactly why being pro-active is so important in law enforcement. Hard work could potentially save someone’s life down the road,” said Sheriff Welden. 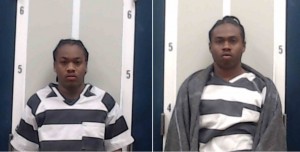 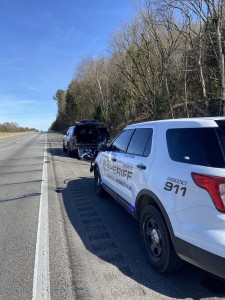