Jackson County charges ambulance employee with pretending to be a cop

The catch is, no one was paying him to do it. 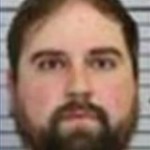 They say he pulled someone over in a traffic stop back in June.

That someone turned out to be the son of a real Jackson County deputy, who called his father about it.

When deputies arrested him last week, they say his vehicle had read and white lights inside the car and a siren.

He also had a gun, handcuffs and a SWAT patch.

Officials say they believe Freeman is a first responder working for or volunteering with an ambulance service in another state.

Chief Deputy Rocky Harnen says “Sometimes they want to take the law into their own hands.”

“They may or may not have blue lights or red lights or flashing lights, they can pull people over. It is just illegal to do that, you are representing yourself as a law enforcement officer and you can not do that.”

Suspect charged for 90 grams of Spice in Stevenson