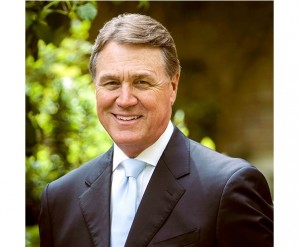 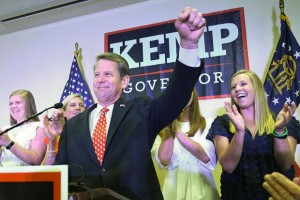 ATLANTA (WDEF)- Georgia governor Brian Kemp faced off against his opponent, former Senator David Perdue on Sunday evening in a live debate for the Republican nomination for governor.  The debate was hosted by WSB-TV in Atlanta. They faced off over multiple issues such as election fraud, where both candidates got into an intense back and forth over the events of the 2020 Presidential and Senate elections in Georgia. All three of those races were extremely close which caused great controversy due to accusations from former President Donald Trump that the elections in Georgia were marred by voter fraud. External investigations conducted by Georgia Secretary of State Brad Raffensperger never found any strong evidence of voter fraud, and he certified all of those elections as narrow Democratic wins.

This particular exchange was noteworthy:

Perdue: “The difference between you and me, is the fact that you think Jon Ossoff (current U.S. Senator from Georgia) and Joe Biden won fair and square, that’s the difference between the two of us. You’re telling the people of Georgia that is what the truth is and you want us to swallow that and move on.

Kemp: “Well let me remind you. I can speak for myself and that is not what I said. I’ve always said that there is fraud in every election.”

The winner of this primary battle will face off against Democrat Stacey Abrams in the general election in November. Abrams narrowly lost to Kemp in 2018, and raised concerns of her own with the outcome of that election, especially with the fact that Kemp was the Secretary of State at the time. A rematch certainly would be dominated by discussion of election fraud and the new voting law that went into effect last year that redefined voting procedures across the state.

Early voting begins in Georgia on May 2, and Election Day itself for the general primaries is on May 24. In addition to this governor’s race, there is a contested Republican Senate primary for the seat held currently by Democratic Senator Raphael Warnock, and primaries for Congressional and local races.