Two Marion County mothers are going public with the lack of support they have received from the school district after their black children have been continuously harassed at Jasper Middle School.

“It’s getting to our Jasper, middle school is going to be an all white school, because they’re not protecting our children,” said Samantha Robinson. Robinson has a daughter at JMS, she addressed the school board in Monday night’s meeting.

She said her daughter has cried tears of fear from the death threats she’s received at school.

“There are school shootings, probably daily or almost weekly. They’re not taking it seriously. It’s probably more than likely to happen here because everybody owns again, in their home. So it’s not hard to access one. Yeah, that’s very, very scary,” said Robinson. “My baby actually cried to me last night because she’s scared.”

Robinson said she is confused about why it is so difficult for the board to resolve this issue. 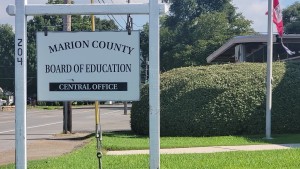 “I know they do take certain instances, especially death threats seriously, because it’s happened and kids have been expelled. However, for this one, for some reason we have had no resolution. Even as of yesterday (Monday), there’s still nothing they can do. We get no answers. We get stonewalled. Nothing has been resolved. I don’t know why. I only want to know answers. I’ve asked several times,” said Robinson.

The student behind the racially charged threats was said to be sent to another school and put on a year suspension, that never happened according to Robinson.

“At first it was slurs then it actually became life threatening. She had been threatened by a group of boys, one in particular,” said Rich. “When we took it to a higher level, we thought like surely ,surely somebody is going to be held accountable for this. Then nothing was done meeting, after meeting,  after meeting. So, we made the decision to change our schools.”

Rich said she is tired of administration “sweeping the issue under the rug.”

“We’ve raised that concern, multiple times, not just with the boss, principals, but we spoke to an advocate for middle school grade support at the board. We spoken to a board representative for our district, as well as Dr. Griffith and in those meetings were given these open ended promises of, ‘this is what we’re going to do, this is protocol, this is what we’re gonna do.’ And nothing’s been done,” said Rich. “There was a whole lot of talking, but not a lot of action on behalf of our children. It was more kinda swept under the rug like we’re taking care of it, getting to the bottom of it, but nothing was actually put into place.”

Griffith said by law there is a due process that has to followed for a punishment to be handed down at his level. He said the issue was brought to his attention last spring, but the JMS principal was handling the investigation at a school level and ultimately never brought the issue to desk under the due process.

“On behalf of the Board of Education and myself, obviously, that’s not going to be tolerated. So we’re actually going to look into it and see what, you know what has transpired. I do know that the new administration over there is working real hard to try to ensure that nothing in the future goes on,” said Griffith. “I was aware of it in the spring to be in all honesty, I was aware. It was brought to my attention. But, in order for a punishment to be handed down. It has to come from the school administrator. There will be steps that have to get beyond before it got to me. The JMS administration did not feel that it was warranted to push forward last spring.”

The previous middle school administration has been replaced since last year, Griffith said he is confident in the abilities of the new administration to maneuver this investigation properly.

“There is a new administration and we’ve been working with them. I feel very confident that they’re moving forward with this and they’re going to do a great job and investigate everything thoroughly,” said Griffith. “Really since the hiring, I’ve been in conversation with them, regarding things and you know, I feel very confident in their abilities to move forward.”

When Should an SRO Arrest a Student?