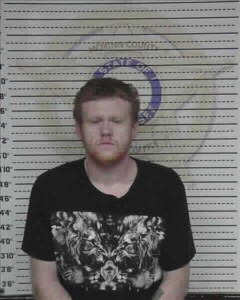 Mugshot from Tennessee Bureau of Investigation

MCMINN COUNTY, Tenn. (WDEF) — A McMinn County man was indicted on Tuesday in the investigation of a drug overdose, according to the Tennessee Bureau of Investigation.

Koby Alexander Wyatt, 22, is facing a felony charge for the facilitation of second-degree murder, the TBI announced on Friday.

They say Wyatt was arrested on Wednesday and booked in the McMinn County Jail.

Authorities say they began investigating the death of 20-year-old Jacob Aaron Crisp back in April 2021. Law enforcement officers found Crisp unresponsive from what they suspected to be a drug overdose.

The TBI says despite receiving medical treatment, Crisp died three days later. An autopsy revealed his death was caused by a methamphetamine-related overdose.

Authorities determined that Wyatt facilitated Crisp’s drug usage. He also transported Crisp to obtain the drugs that caused his death, the TBI said.