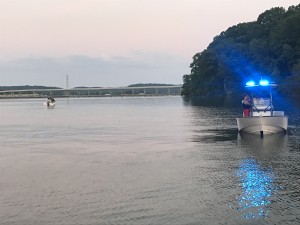 DAYTON, Tenn. (WDEF)- A young woman who was reported missing after going for a swim at Watts Bar Lake was found dead late Memorial Day night. Authorities with the Tennessee Wildlife Resources Agency (TWRA) state that a call was received around 6:30 PM Monday evening about 19 year old Madison Taylor, who had not resurfaced after leaving a boat to go on the swim.

Authorities with the Hamilton County Sheriff’s Underwater Recovery Team used a towfish sonar to scan the lake, which detected a point of interest that led to the recovery of Taylor’s body. Her body was transported to the Rhea County Medical Examiner’s Office. The exact cause of death and sequence of events is currently under investigation.

Inside the hunt for a serial kidnapper, and a bloody finale