More information on Sgt. Lee Russell who was killed in helicopter crash 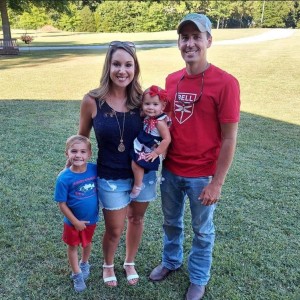 NASHVILLE (WDEF) – The Tennessee Highway Patrol is releasing more information on the pilot who was killed in the Marion County helicopter crash this week.

Lee Russell was from a small town in western Tennessee, McKenzie.

He began his law enforcement career as a reserve deputy for Henry County while he was a student at U. T. Martin.

Russell was an intern for the TBI, a part-time pilot for the 24th Judicial District Drug Task Force and then joined the Highway Patrol after graduation.

He would get advanced flight training focusing on Airborne Law Enforcement techniques, which is what he was doing this week when his helicopter crashed.

The Marion County Sheriff says they were looking for marijuana fields at the time.

Sergeant Russell was much decorated as a THP pilot.
He received  THP Lifesaver Awards, Governor’s Highway Safety Office Hero of the Year Award, and several letters of commendation for several lifesaving events and criminal apprehensions.

Lee Russell is survived by a wife and two children.