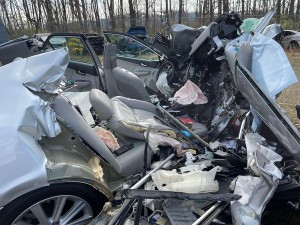 A local mother and daughter’s trip to Orlando in March turned into a calamity after a head on collision on I-75. The Chattanooga Fire Department and EMS saved their lives. Today, the family wanted to show their heroes special recognition.
Keisha Shelton and her daughter Ada are the survivors of a horrific crash back in March on I-75. After several months of recovery and numer 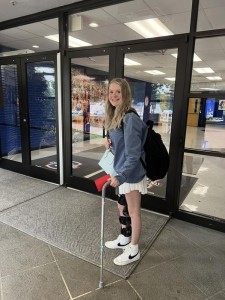 ous surgeries, they wanted to show gratitude during a special recognition ceremony Tuesday morning to the heroes that saved their lives.

“We were happy that we could contribute as a first responder agencey to have a good outcome,” said Chattanooga Fire Department Chief Phillip Hyman. “A lot of the times we don’t get the nice ending, the happy ending of the stories. This is a very good nice testament.”

“She was actually an ICU for well over a week.” said Shelton, when asked about her daughter’s recovery. “She’s had a total of six ortho surgeries and kind of been put back together.”

The extraction was said to be exceptionally difficult, having to use the jaws of life and removing the roof on the vehicle.

“The other driver was coming the wrong direction on the interstate and hit us head on, we spun a couple times and went into the wall and they actually had to pull the car off the wall to even be able to get to her,” said Shelton. 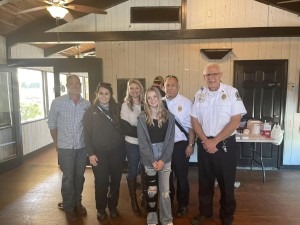 Ada now has the use of all her extremities and is back in school. She is now 16 and triumphantly sits behind the wheel of her own car.