Whataburger has signed a franchising deal to open 9 of their fast food in the Nashville area.

One will be in the new Century Farms development coming to the Antioch area.

“Century Farms” is a 300 plus acre development that will include a new Tanger Outlets shopping center.

The company said last year they would open the 9 Nashville locations by the end of the year.

The Whataburger chain has been moving east.

They are not in our area yet, but have reached Huntsville and Marietta.

The Nashville locations will be their first in Tennessee. 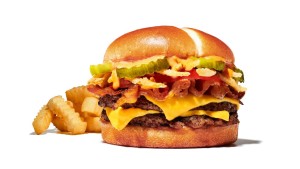 The Jack’s Family Restaurants has signed a deal with “The South’s Best Pickles,” also known as Wickles Pickles.

The Jack’s Wickles Pickles Bacon Burger will be available beginning on Wednesday.

“Nothing says ‘All About The South’ quite like two local companies coming together to bring some of the
best in Southern taste to our fans,” said Jack’s Family Restaurants CEO Todd Bartmess.

Will Sims of Wickles Pickles says “Having two community-loved brands of this Southern caliber together on a menu is truly unique and
exciting, and we look forward to the positive feedback we are confident we will receive.”

But catch it while you can.

The Wickles Pickles Bacon Burger is only available through the first week of October. 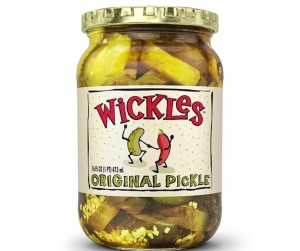 Bojangles closing 2 days to give workers a break