FORT PAYNE, Alabama (WDEF) – DeKalb County Narcotics officers made a raid after getting information on drug activity in the Henagar area.

They say they served three search warrants that netted them more than six pounds of meth.

They got 5 pounds of it at a home on tinker Drive, along with some Excstasy and drug paraphernalia. 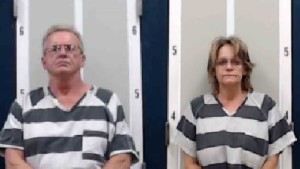 Then narcotics agents joined Jackson County officers for a raid at a home in their county, which led them to a motel in Rainsville.

They found about 5 ounces of meth, pills and drug paraphernalia in the room.

They arrested 59 year old Anthony Glenn Hilley from Pisgah and 37 year old Christy Nicole Jennings from Ider in those raids. 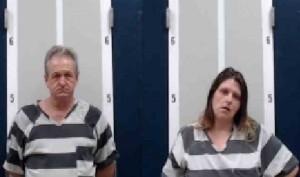 DeKalb County Sheriff Nick Welden said of the incident: “This is absolutely a HUGE win in our fight in the war against drugs that we battle every day!  When you mention pounds and drugs together, that is definitely a big supplier in poisoning many people and our youth.  I feel like today, we have cut the head off of a BIG SNAKE that has been sinking its fangs in to our county.”