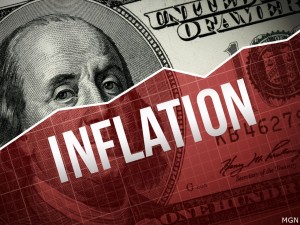 Chattanooga,TN (WDEF) – This morning the wholesale prices were released, and the inflation rate was surprisingly high to some economists.

According to today’s report from the Bureau of Labor Statistics. The producer price index increased point four percent for the month of September. Which is double the point two percent gain.

Local economy expert Chris Hopkins with Apogee Wealth Partners said the producer price index gives consumers a good idea of what to expect in the months ahead.

“So this producer price index rose point 4% month over month and the reason that’s important is because it was a little higher than economists expected. So it looks like at the wholesale level, inflation is still a significant problem. It’s not really beginning to come down yet. That’s a concern to investors,” said Hopkins. “It’s called the Producer Price Index we often refer to as just wholesale prices, but what that does is it measures the degree of inflation in input prices. So to take a step back, we’re all familiar with the Consumer Price Index, that’s the big number we look at every month to see how much inflation is going up. So last month, the consumer price index rose 8.3%. That’s the number we all kind of get concerned about because that reflects the cost of what we pay at the grocery store and the gas pump and it reflects our rent and our house payments. So but the Bureau of Labor Statistics takes another step back and they look at input prices to producers.”