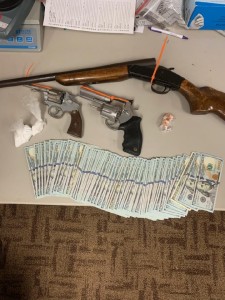 MURPHY, North Carolina (WDEF) – The Sheriff in Cherokee, North Carolina reports the arrest of a suspect they identified in their on-going investigation into the fentanyl crisis.

On Tuesday, officers conducted a traffic stop on Bruce Olive of Clay County.

Their K-9 Ragnar alerted on the vehicle for narcotics.

They say they found almost 85 grams of meth, 26 grams of fentanyl, several prescription narcotics and a hand gun.

That was enough to get them a warrant for his storage unit in the Peachtree area.

The Sheriff says they found another 48 grams of fentanyl there, along with three more guns and $7000 in cash.

Chief Deputy Chris Wood stated, “The results of this traffic stop and subsequent search warrant are the fruits of hard work and a diligent investigation by our office’s narcotics investigators. We continually receive information from members of the public and this information does not fall on deaf ears. I personally thank each person who played a part in this arrest which will make a substantial effect on our efforts to rid our county of illegal drug activity.” 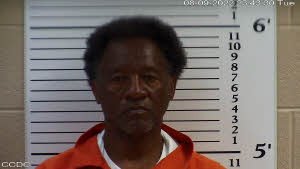