The two people on-board were not seriously hurt. They were out of the plane when first responders arrived.

Firefighters say there was a small fuel leak that was controlled, but there was no fire.

Airport Fire & Police, and other agencies also responded to the crash.

Stay with News 12 for updates. 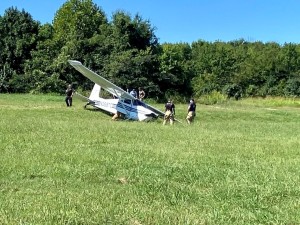