LAFAYETTE, Georgia (WDEF) – A Summerville man has been charged with vehicular homicide from a crash that happened last fall which took the life of an LFO graduate.

20 year old Eden Muina was killed in the crash on  Georgia 1 south of LaFayette on September  11th. 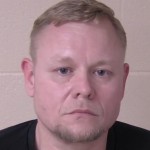 His pickup hit the side of her car.

Eden died from her injuries the next day.

She had just graduated as the valedictorian at Lakeview- Fort Oglethorpe High and had landed a scholarship to attend Berry College.