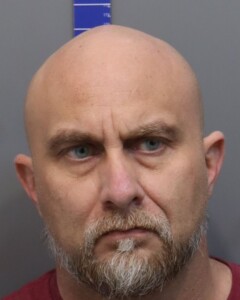 FORT OGLETHORPE, Georgia (WDEF) – The Georgia State Patrol announces the arrest of a suspect in a fatal hit and run last week in Fort Oglethorpe.

51 year old Franklin Coyne was killed when a pickup rear-ended him on his motorcycle on Battlefield Parkway last Tuesday night.

Georgia State Patrol investigators determined the pickup was traveling at a high rate of speed when it hit the motorcycle.

The truck then fled the scene.

Troopers and the Fort Oglethorpe Police found the truck on colony Circle.

They charged 46 year old Jeremy Shawn Wright from Ringgold with:

Failure to report accident with injury, death, or damage

Hit and run with fatality

Suspended license and no insurance