Gavin John Quaedvlieg to be sentenced in February 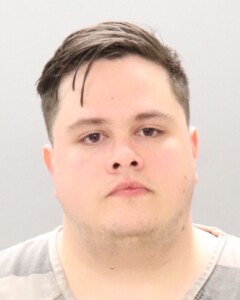 KNOXVILLE, Tenn. (WDEF) — A student at the University of Tennessee was found guilty of rape on Wednesday, according to District Attorney General Charme Allen.

He was found guilty of raping an unconscious woman, District Attorney General (DA) Allen said. She said sentencing will take place on February 23.

Officials said victim was also a student at the university.

Officials said Quaedvlieg and the victim met at an off-campus apartment. Here, he gave the victim concentrated marijuana extract, also known as a “dab.”

Stewart explained that Quaedvlieg attempted to pay the victim to not report the crime. However, the victim reported it to the Knoxville Police Department, the University of Tennessee and the Sexual Assault Center of East Tennessee.

DA Allen said that rape is a Class B felony, which can result in punishment of eight to 12 years.