But will they build it in Chattanooga?

BERLIN, Germany (WDEF) – The Volkswagen Group now confirms they will create a new company and a new brand for the American market.

They will re-invigorate the old International Harvester brand of “Scout” SUV’s and wagons from the 1960s and 70s.

The Volkswagen version will be an all electric version of a sports utility vehicle and a pickup truck.

VW dealers and officials in the U-S have long pressed the company to come up with a pickup line to sell here.

At this point, we don’t know if either the corporate offices or plant will be brought to Chattanooga.

But there has been speculation that VW might build a second plant here, and maybe even a battery plant as well.

The Scout pickup is pitched as a more “rugged” electric, smaller than the F-150s and Rams that are being made by American companies.

Internationally, Volkswagen is switching over to electric vehicles, including SUVs that will be made here in Chattanooga.

The company just announced this week that all of their electric vehicles have already sold out for 2022 and a backlog is forming. 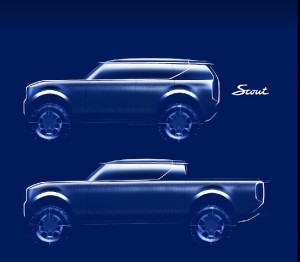