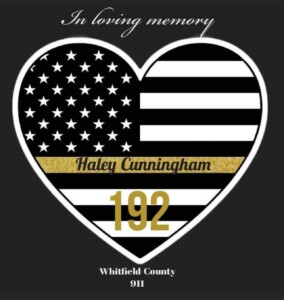 WHITFIELD COUNTY, Ga. (WDEF) — A Whitfield County E-911 dispatcher was killed in a car accident early Wednesday morning. Haley Cunningham of Calhoun crashed on I-75 close to 4 a.m., according to the GSP. She was 28 years old.

They say Cunningham was driving a silver KIA Forte on I-75 Northbound when she lost control of her vehicle. They say it took place near mile marker 318.

GSP says Cunningham struck the center median guardrail. Her car came to a stop and was disabled in the center lane.

Cunningham passed away from her injuries on the scene.

GSP says the driver and passenger of the tractor trailer were taken to a hospital. They had non-life-threatening injuries.

The report from the GSP says I-75 Northbound was shut down completely for almost three hours.