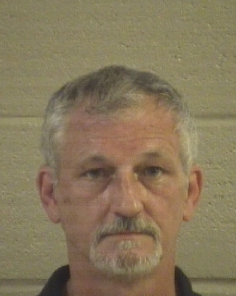 WHITFIELD COUNTY, Ga. (WDEF) — A man was found guilty on Friday of involuntary manslaughter from an incident in 2020. Mitchell Dion Morgan, 58, caused a wreck resulting in a man’s death, documents reveal.

A press release from the Conasauga Judicial Circuit says Morgan will face sentencing for reckless conduct, reckless driving and leaving the scene of an accident, in addition to involuntary manslaughter.

Morgan struck another car, causing his van to spin out. It stopped sideways in the fast lane of the interstate. They say Morgan then fled the scene without alerting anyone or moving his vehicle.

The couple in that car safely pulled off the side of the interstate.

Shortly after, the homicide victim was traveling northbound on I-75 when he crashed into the van. Albert Moore, 29, suffered blunt force trauma from the impact. He was unresponsive at the scene.

Moore was taken by Life Flight to Erlanger in Chattanooga. He was pronounced brain dead upon arrival. Later, he was taken off life support.

Officers found Morgan walking south along I-75. He did not deny that he was driving the van, but officials say he did not explain his actions.

Documents say Morgan was driving a ServePro van during the incident, and he was wearing a ServePro shirt. He still had the keys to the van when he was found.

Morgan could face 10 years for the homicide and 12 months for every other charge, according to the Conasauga Judicial Circuit.

Sentencing is scheduled for February 17.