SWEETWATER, Tennessee (WDEF) – A three year old died in Sweetwater on Monday after being locked in a car for about 35 minutes.

The child’s grandmother was watching several children at a home on Gose Lane.

She went next door to mow a neighbor’s lawn and left the kids in the care of a teenager.

The three year old got away and somehow got into the car.

Monroe County deputies found that the doors could not be opened from the inside.

The incident is under investigation.

The high on Monday in Sweetwater was 88.

The organization Kids and Cars says we have seen 23 child deaths in hot cars so far this year across the country… on pace for another deadly year. 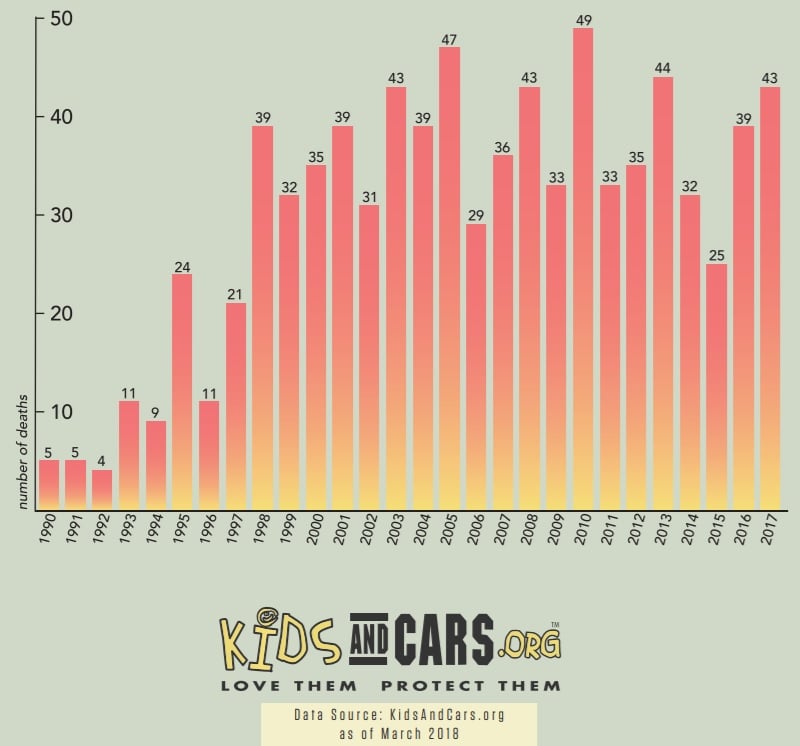 Tennessee ranks #8 in the nation in child hot car deaths with 31 fatalities since 1990.