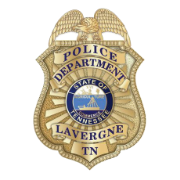 LA VERGNE, Tenn. – Officials in a Tennessee city have fired five officers and suspended three others following a sex scandal at the police department.

Jason Cole, the mayor of La Vergne, near Nashville, began looking into the department in December after getting an anonymous complaint, according to an investigative report that WSMV-TV obtained through a records request.

The investigation found that some officers who worked second shift were engaging in unreported sexual relationships, having sex on duty and on city-owned property, and committing sexual harassment by sending explicit photos and videos.

The 60-person department now has 11 vacancies, but officials said there’s enough officers to cover patrol shifts and protect the community.

(For copyright information, check with the distributor of this item, WSMV-TV.)

Georgia faces hurdles to get foster children out of hotels