Rapper 50 Cent’s massive Connecticut mansion just sold for $2.9 million – 84 percent less than what he first sought for it 12 years ago, according to the Wall Street Journal, which spoke to people familiar with the deal.

50 Cent bought the 51,657 square foot home in Farmington, Connecticut, from former boxer Mike Tyson in 2003. He paid $4.1 million for it and then poured millions of dollars into renovations, according to the WSJ. It still holds the record for the most expensive house sold in town, but 50 Cent wanted even more for it when he put it back on the market.

His original asking price was $18.7 million in 2007, the paper reports. There were no takers, and the mansion has been on and off the market for years. Most recently, 50 Cent had been asking $4.95 million for it.

When 50 Cent bought the mansion from Mike Tyson, it became the most expensive home sold in Farmington, Connecticut.   Douglas Elliman/Zillow

The house boasts 21 bedrooms and 35 bathrooms, as well as a movie theater, gym, indoor pool and basketball court, according to a listing on Zillow. In a 2018 episode of Bravo’s “Million Dollar Listing,” New York City real estate agent Fredrick Eklund tried sell the home for the rapper, whose real name is Curtis James Jackson III. 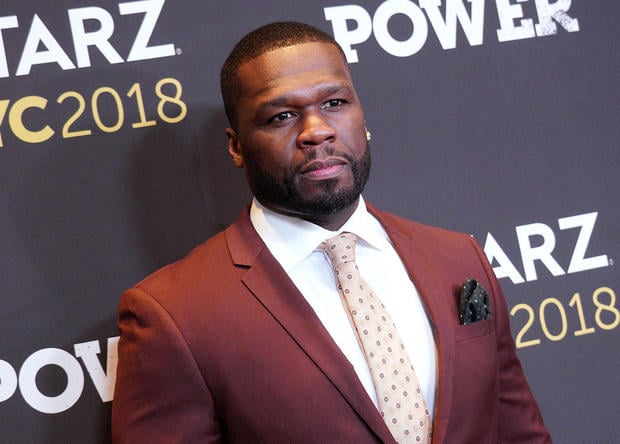 Despite its vast size and many amenities – which also included a strip club-like room complete with stage and stripper poles – the house did not sell. 50 Cent told Eklund he would pull the home off the market and use it for his G-Unity Foundation.

“It would be interesting to have programs where we could escape the cities and kids from the inner cities to go out and just be creative, to kind of hone in, you know, on the arts and stuff like that,” 50 Cent said in the episode. “They’ll be able to use the recording studio and the fitness areas, the pools, everything. It’ll be a cool summer camp house.”

The home is finally out of 50’s hands – but at a cost. Accepting an offer of $2.9 million means he took an 84 percent cut from the $18.7 million he originally wanted. 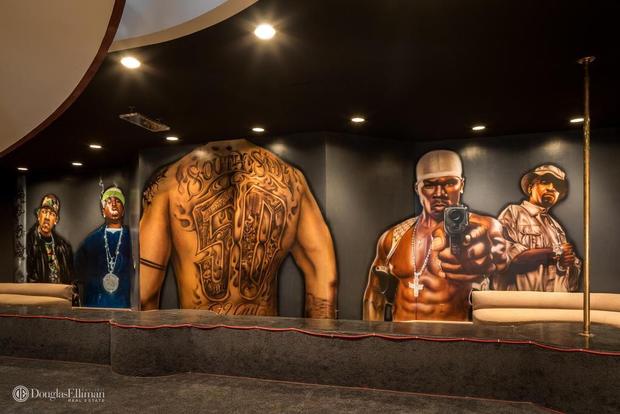 In addition to a movie theater, gym, indoor pool and basketball court, the home had a stage with stripper poles.  Douglas Elliman/Zillow