Thirteen firearms have beens tolen from vehicles since August 1st of this year in the unincorporated areas of Hamilton County. The Sheriff’s Department says all of these vehicles were believed to be unlocked at the time of the theft.

Detective Cameron says security systems are a great asset in helping solve auto burglary cases. “A lot of these crimes that occur, its not vehicles that are getting windows smashed, its criminals that are coming up and trying to find that low hanging fruit, that unlocked car that he can be in and out of in the vehicle in 30 seconds.”

“A lot of times we see the doorbell cameras those are very popular these days, but people have their settings reduced and to where they only see the front steps of their house, if people would extend those settings out a little bit and help gather some of the footage that occurs in their yard or their driveway, that is a great asset to law enforcement and our investigations.”

The Sheriff’s Department urges the public to know your serial numbers for anything of value such as electronics and most importantly firearms.

This proves the stolen item is undoubtedly the owners.

“Typically, when a crime occurs that involves a firearm, a lot of times that firearm is a stolen weapon. And that is how a lot criminals are acquiring these weapons is through kind of the black market and trade of firearms so that’s why its real important for responsible gun owners to maintain serial numbers on their weapons and to keep their weapons secured.”

The Sheriff’s Department is asking for the community’s help to identify a recent theft caught on a homeowner’s camera system in an east Hamilton County subdivision. 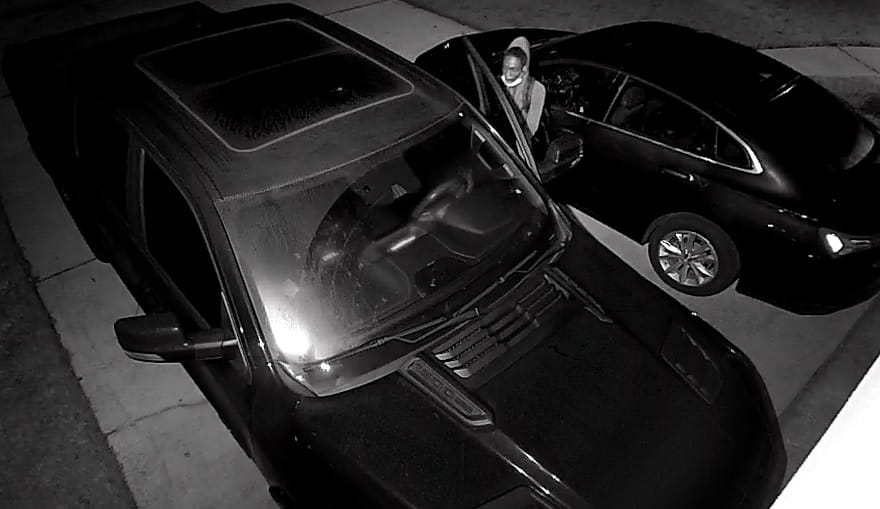 If you have any information regarding this incident, or see any suspicious activity in your community, the sheriff’s office encourages resident to file a report.

HCSO Criminal Investigations Division at 423-209-8500 or submit a tip online at http://www.hcsheriff.gov/cid/cid_feedback/feedback.php.