The Louisiana native turned himself in to Louisiana State University police Friday morning.

He was wanted on a felony charge of intercepting communications.

According to the arrest warrant, Hardy’s ex-girlfriend accused him of putting a recording device inside her dorm room on LSU’s campus on April 6.

In the warrant, police said they later found evidence of secret recordings made over 10 different days in February.

Hardy posted on his Facebook page that he’s asking for privacy, and that he has “the utmost respect for the law, and will assist in their investigation as needed moving forward.”

Hardy is scheduled to perform at CMA Fest in Nashville in June. 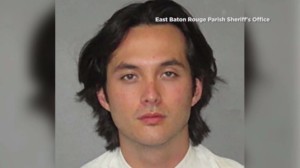