UPDATE: Around 20 family members and friends search for Elizabeth McClure

CHATTANOOGA, Tenn. (WDEF) – UPDATE: According to her mother, 18-year-old Elizabeth McClure was last spotted in the Brainerd, Belvoir area.

The young woman is believed to have been captured on surveillance video at a thrift store in that area.

Her mother said she has changed clothes and now has on light colored shorts, white shoes with no strings, and a black tank top with white skulls on it.

She said McClure’s hair was pulled back in a pony tail.

People could be seen out in the area searching for her on Thursday.

Take a good look at the picture of 18-year-old Elizabeth McClure.

She went missing Tuesday and her friends and family want her home.

“She’s not just an 18-year-old girl who found a boyfriend and ran with him. She is a child that’s mental state is not capable for caring for herself out her. I mean, it’s not safe. She needs to come home,” Leanna Francis said.

Around 20 Family members and friends scoured Chattanooga for hours Wednesday.

They handed out and put up some 100 missing posters of the Trenton teen in areas of downtown, but away from spots with a lot of vehicle traffic.

“It’s been basically like the walking trails, the aquarium outside the front where she could have came across and then found somewhere down there. We’re trying to find calmer places, but places that have a little bit of people where she may have been drawn in,” Francis said

McClure has been missing for over 24 hours.

Chattanooga Police said she was last seen at Erlanger Hospital waiting for a doctor’s appointment and is considered endangered due to her mental capacity.

She was wearing jeans, a black t-shirt possibly mickey mouse and cowboy boots.

Francis said so far they have spoken to only one person who may have seen her around the community kitchen on Tuesday.

But, she said they aren’t done searching for McClure.

“I just told my sister, I don’t see me ever being able to go home,” Francis said.

There is a $150 reward for information leading to the young woman. 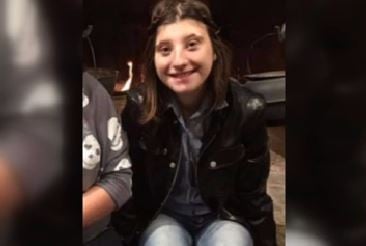