That is unusual in itself.

But now the TBI admits that repeated alerts in the early morning hours were mistakes in the system.

A Blue Alert is for the search of a suspect involved in an attack on law enforcement.

There were two of them in the Nashville area within an hour of each other on Monday night.

The suspect for the police shooting in Hendersonville was later killed in a shootout with police Tuesday night in Kentucky.

(The Hendersonville officer was treated and released on Tuesday).

The second, unrelated alert was for a New Orleans murder suspect who police say ambushed an officer in Erin, Tennessee on Tuesday.

That officer was more seriously injured but is now in stable condition.

B-J Brown was suspected of shooting an ex-girlfriend in New Orleans when the officer pulled him over northwest of Nashville.

After shooting the officer, he escaped on foot.

The manhunt lasted into the early morning hours, with the Police Chief saying Justice would be served, either by a jury or Jesus. 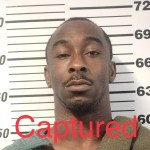 Officers checking homes noticed a door for an outbuilding was partially opened.

An FBI Swat Team eventually entered it and found Brown.

But after the suspect was taken into custody, the TBI was apologizing for how their Blue Alerts went out to Tennesseans.

Some people kept getting the repeated alerts, even at 3:30 and 5:30 in the morning.

That’s frustrating and inconvenient, for all of us. And for that, we apologize.”

After investigating, they found that most of us got the alerts, once, on Tuesday.

But for a variety of reasons, some people got repeated alerts.

And the reasons can vary on your service provider and your individual situation.

Some people got repeat alerts because they move across the state line or across cell tower coverage areas, poor signal strength, Wi-Fi settings, switching in or out of airplane mode or even turning your device on and off.

“We’ve heard your frustration about this week’s alerts and your hopes for a more efficient, timely, and informative alert system. “