Body found a day later in rubble of Gatlinburg fire

It broke out Sunday early morning at a building on Gatlinburg Parkway that housed several shops, including Puckers Sports Bar, China Bazaar, Cafe 420, and Gifts of Gatlinburg.

The blaze shut down part of the Parkway for awhile and you could see the smoke for miles.

Firefighters spent the rest of the day and Monday putting out hot spots.

It was only on Monday that they discovered the body of a person in the rubble.

They did not immediately know who it was. 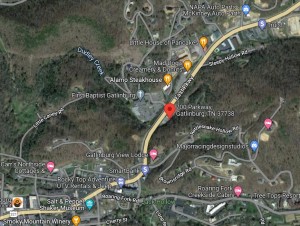