Body found in debris of old Ricky’s Restaurant after fire

Not discovered until 48 hours after the fire 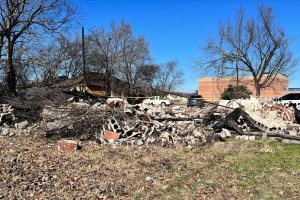 CHATTANOOGA (WDEF) – The burned ruins of the old Ricky’s Restaurant on 4th Avenue has now been roped off as a crime scene.

Fire officials say a body has now been found in the debris.

Firefighters originally missed it when the condemned building burned in the early morning hours on Sunday.

Crews fought the fire from outside because it was too dangerous to enter.

A piece of the facade collapsed on a firefighter injuring him.  He was taken to the hospital and later released.

Fire officials say that they searched the rubble after the fire before heavy machinery was brought in to take down the rest of the structure.

They didn’t find anything.

But someone else was poking through the rubble on Tuesday morning and discovered the body.

The body has been taken to the Medical Examiner and Chattanooga Police are investigating. 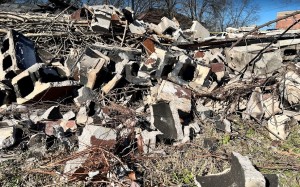