POWELL, Alabama (WDEF) – A search this afternoon in northeast Alabama ended with the arrest of the suspect.

Police in Powell were trying to arrest Breylon Willis for multiple burglaries when he fled.

They say he may have also fired a couple of shots with a gun he stole at police who were pursuing him.

They say he wrecked on County Road 38 in Jackson County.

The Powell Chief says they recovered the stolen handgun in his vehicle.

They say Willis fled the scene after being spotted but was captured a few hundred yards away. 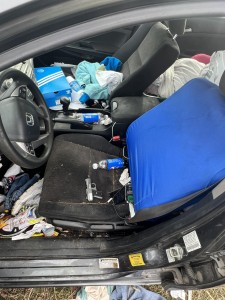