The Lucas County Sheriff’s Office says the plane crashed on a road east of the airport at about 2:30 a.m. EDT. The airport is 10 miles west of Toledo. 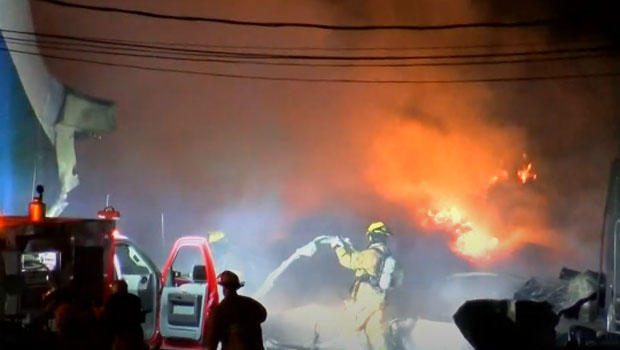 Fales are seen rising from wreckage of cargo plane that crashed near Toledo Express Airport early on September 11, 2019 WTOL-TV

A Port Authority police official told CBS News he didn’t know how many people were on board but he doubted anyone survived because the plane was “fully engulfed.” The plane was thought to be carrying auto parts.

The wreckage fire was brought under control but smoke was still coming from it three hours later. 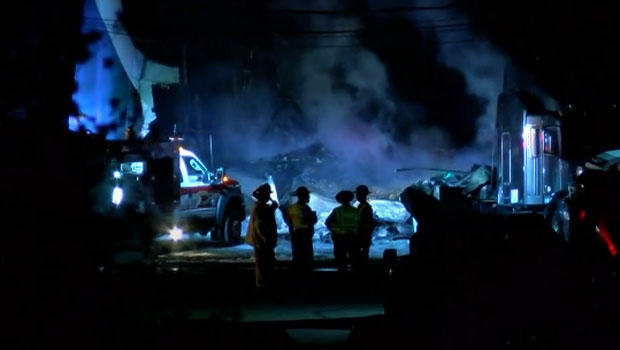 Police said they believe the aircraft crashed into a parked semi truck in the parking lot of a truck repair facility.

The plane was headed to Toledo Express from a small airport near Memphis.

Multiple fire departments from different counties in the area were called to fight the flames, but airport operations weren’t impacted.