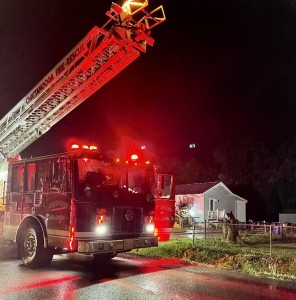 CHATTANOOGA, Tenn. (WDEF)- A house fire was reported in Hixson on Tuesday evening requiring the rescue of several pets.  A neighbor to a home on the 3800 block of Memphis Drive reported that the house was on fire.

Firefighters arrived and found flames on the outside of the home. These flames were in the process of spreading inside the home posing danger to four dogs who were trapped inside.

These dogs were quickly rescued by the firefighters. They were able to extinguish the flames in the process which prevented further damage.

The two residents of the home were not home at the time of the fire. They are being assisted by the American Red Cross to find shelter in the short term.

The cause of this fire is currently under investigation.