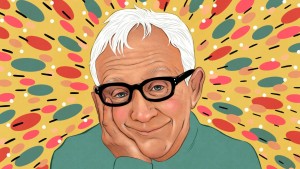 CHATTANOOGA (WDEF) – A day after the announcement, Leslie Jordan’s sign has already gone up on the North Shore.

Hundreds came together for “Love. Light. Leslie” – paying tribute to Jordan by sharing memories, singing hymns, and of course, comedy.

The city of Chattanooga also announced a new road named in Jordan’s honor.

“And whereas Mr. Jordan was a great supporter of local charities and causes and care deeply about his hometown and the people who lived in it.  And was particularly fond of the Walnut Street Bridge in downtown Chattanooga. Whereas the city of Chattanooga wished to recognize those who represent it nationally and internationally with joy, talent and grace, honoring their lives and cherishing their memory. Now, be it resolved that I, Chris Anderson on behalf of Mayor Tim Kelly, Mayor of Chattanooga, do hearby proclaim that the portion of Tremont Street extending from Frazier Avenue past the Chattanooga Theatre Center to the Tennessee River shall henceforth be known as Leslie Allen Jordan Way (cheers).”