MURPHY, NC (WDEF) – The billboard in Murphy, North Carolina, that has made headlines across the country, has changed.

On Monday, Cherokee Guns took down the images of “The Four Horsemen” members of Congress which they labelled as idiots.

Instead, they put up a simpler message: “1st Amendment, enough said”

The chief salesperson for the gun shop in Murphy says they took down the original message because of death threats posted online.

But they aren’t apologizing.

He says the original billboard had nothing to do with hate… it’s about socialism.

It shows “how tolerant the left is, (they are) intolerant of the facts.”

The store still had several weeks left on the billboard contract, so they decided to use it for the new message about the First Amendment.

Overall, the owners say they have gotten overwhelming support in Murphy and business is up since the controversy hit. 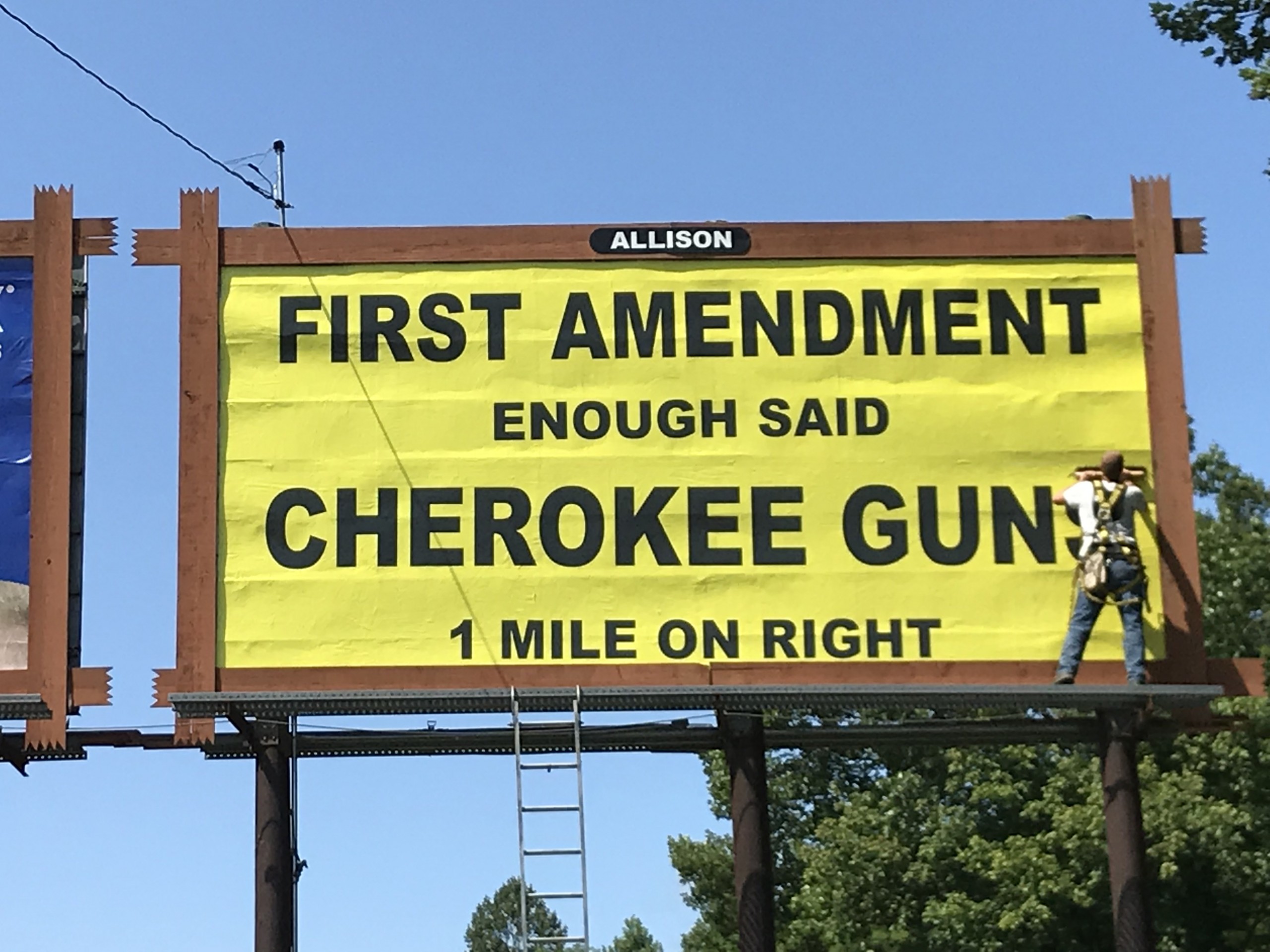